The Fulbright Australia aims to further mutual understanding between the people of Australia and the United States through educational and cultural exchange.

The Fulbright Professional Scholarship in Non-Profit Leadership is the first Fulbright Scholarship for the NFPsector in Australia.

See what our scholars say about their experience 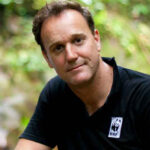 I am grateful for my 2020 Fulbright Scholarship and the opportunity it has enabled me to spend time at the Stanford Digital Civil Society Lab exploring the future of NGOs. COVID-19 has both accelerated digital disruption and reaffirmed the value of civil society which makes my Fulbright Australia - US knowledge exchange all the more relevant. Of course, being unable to travel to the US in 2020 has not dampened my enthusiasm – as I’ve continued connecting digitally with leaders in the US to explore these rapidly emerging trends. In 2021, I am looking forward to testing and validating collaborative solutions in person and bringing both innovations and friendships back to Australia.